As we’re all now well aware, the Covid-19 pandemic has been particularly tough on the fashion industry, with sales down across the board. And given that many companies — especially those with more traditional business models — were already struggling to adapt to a new retail environment or keep up with more digitally savvy competitors (remember: there were also plenty of bankruptcies and closures in 2019), the stay-at-home-orders were enough to fully decimate a number of them.

Some, like J.Crew and Neiman Marcus, declared bankruptcy, which typically means they’re hoping some financial restructuring or a new investor could ultimately help them stay in business if they’re lucky. Others have been forced to close up shop entirely.

From smaller brands without the cushion to weather a major drop in sales, to large retail chains that were saddled with debt before all this began, read on for a digital graveyard of all the fashion and beauty businesses that succumbed to the coronavirus and its negative impact on consumer spending. We’ll keep updating this list as more of this bummer news emerges.

J.Crew: Debt-saddled J.Crew filed for Chapter 11 bankruptcy protection May 4. CEO Jan Singer described the decision as a financial restructuring and “a critical milestone in the ongoing process to transform our business with the goal of driving long-term, sustainable growth for J.Crew and further enhancing Madewell’s growth momentum.”

Neiman Marcus: With a reported $4.8 billion in debt, Neiman Marcus filed for Chapter 11 May 7, saying in court documents that it expects to emerge from bankruptcy in the fall.

John Varvatos: On May 6, menswear brand John Varvatos filed for Chapter 11 bankruptcy protection, citing falling sales. The brand hopes to stay in business as it restructures its finances.

J.Hilburn: Another brand in the bankruptcy club as of May 6 is J.Hilburn, a Dallas-based custom menswear retailer. The company employs stylists who work directly with customers in showrooms throughout the U.S., and hopes there will be no business disruption while it restructures its finances.

True Religion: The once-ubiquitous denim brand filed for bankruptcy for the second time in three years on April 13. It hopes to explore a sale or restructuring.

Bldwn: This Los Angeles-based contemporary brand (which originally launched as Baldwin in Kansas City and focused on denim) was an early victim of the pandemic, announcing a total closure March 25. According to a rep for the brand, investors decided to shut it down and all employees were let go.

The Modist: The Modist, an innovative online luxury retailer based in Dubai and focused on modest fashion, announced on April 2 it would be closing its doors permanently. According to the brand, the hit it took from the pandemic left it with no other options.

Elizabeth Suzann: On April 28, Nashville-based sustainable clothing brand Elizabeth Suzann announced that the company “as we know it” would be closing, with all employees leaving and its studio being vacated once existing orders were completed. Though, it sounds as if the founder could be back to work in some capacity by fall, TBD.

Anthom: New York designer boutique Anthom announced Friday, May 15 that it has permanently closed its brick-and-mortar doors. For now, it will continue operations online.

J.C. Penney: Long-struggling department store chain J.C. Penney filed for Chapter 11 bankruptcy protection on May 15. The company said it’s working with its lenders on a restructuring plan to reduce debt and will explore a possible sale. It plans to continue operations and begin opening stores as it’s deemed safe.

Centric Brands: This licensee company, which recently bought Zac Posen and produces products for Tommy Hilfiger, Under Armour, Calvin Klein and more filed for Chapter 11 on Monday May 18. It is working with lenders on a financial restructuring and plans to continue operations throughout the process. 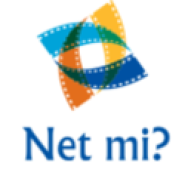 24 Beauty Products to Try Now Because, Well, Why the Hell Not?

Target Is Releasing a Collection of Designer Dresses This Summer
Mayıs 26, 2020

Target Is Releasing a Collection of Designer Dresses This Summer

Pro Makeup Tips You Can Easily Do at Home

Must Read: Runway Shows as We Knew Them Are Over, Fashion’s Survival Depends on Responsible Operations
Mayıs 25, 2020

Must Read: Runway Shows as We Knew Them Are Over, Fashion’s Survival Depends on Responsible Operations

All the Fashion and Beauty Brand Closures and Bankruptcies Caused by the Pandemic
Mayıs 25, 2020